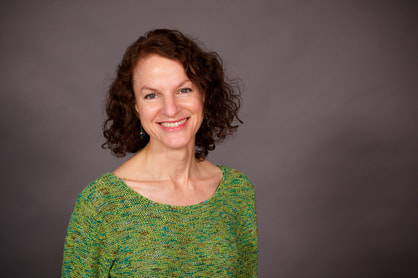 Allison DeSalvo founded World of Song Productions in 1992 to unite her love of the performing arts with her love of children providing outstanding music concerts, recreational classes and products for children and their families that inspires creative learning, growth and expression, and that ultimately connects art with the joyful celebration of life. In 1993 she created her signature program, "Music, Art & Me". This year marks her 25th year of teaching in early childhood.

Thank You ~ To All the WOS Families and Children

I wish to sincerely thank all the parents and families everywhere, over these many years, who have welcomed me into their children’s lives either through; a class, attending a concert, by inviting me to celebrate their child’s birthday, or from listening to my music while driving in the car day after day.  Today still, I hear from parents who share that their son or daughter’s first class experiences profoundly impacted their lives. The songs their kids listened to when they were toddlers is music that continues to speak to their growing children’s hearts. What a blessing, and a gift to receive such feedback. I truly makes my heart sing with joy. Your support has meant so much and made it possible for WOS to endure. But most especially, I would like to express my deepest gratitude to my Mother and Father for all their love and generosity since the beginning, and to Cheryl for help in guiding the buds to bloom. Thank You All!”
Love and Light,
Allison

﻿Early Years
Like many, Allison’s love of the performing arts began as an aspiring ballerina at the age of three. She received her early training in dance, theater and music while growing up in San Francisco. She studied at the American Conservatory Theater, San Francisco Ballet and took private voice lessons. She went on to complete her formal training at New York University's Tisch School of the Arts and at the Lee Strasberg Theater Institute, earning her a BFA in Drama.

Actor
NYU catapulted Allison’s career into the professional arena where she performed in numerous music-theater productions Off- Broadway, regionally and in Europe. Some productions include the original Gorey revue, Tinned Lettuce, later retitled Amphigorey, and based on the writings and drawings of Edward Gorey. Her characterization of Mary Rosemarsh and Angelica in subsequent incarnations at American Music Theater Festival, American Repertory Theater, Provincetown REP, Off-B’way at the Perry Street Theater in 1994, and again in 2000 in The Gorey Details at The Century Center for the Performing Arts in NYC, all met with critical acclaim. Allison was an original cast member in the Obie-winning, New York production of Hamletmachine, directed by Robert Wilson, going on to join a seven-city European tour which included London, Paris, and Madrid. Working again with international, avante-guard theater and opera director Robert Wilson, she performed the non-singing title role in his experimental staging of Salome at the renowned opera house La Scala in Milan, Italy that starred Monserrat Caballe.

Singer
Allison’s passion for classical music motivated her to develop her operatic talent and technique. She sang the role of the step-sister, Neomie, in the Music Theater Group’s Cinderella-Cendrillon, Anne Bogart’s semi-classical adaptation of the Massenet opera that starred opera stars Lauren Flannigan and Joyce Castle. She completed courses in music at the Mannes School of Music’s Extension Division, and in 1996 while attending Opera in the Ozarks’ summer program received an award for Most Outstanding Achievement by a Studio Artist. Other opera and theater credits include Hansel in Hansel and Gretel, The Pirates of Penzance, also in Concert Musetta in La Boheme and First Lady in The Magic Flute. She has sung in recitals at the Aspen Music Festival, in Italy and NY City. She has been a student in the Jim Carson Voice Studio since 1994.

Teacher
Teaching is a natural extension of Allison’s work as a performing artist. Bringing her talents, 30+ years of training and experience to recreational centers for toddlers, arts-in-education programs, private and public schools, community arts centers as well as her own business. It has been rewarding and creatively challenging. She has taught a wide variety of classes for young children from all backgrounds in everything from music, creative movement, story-time, art, gym, ballet, cooking, science, drama and summer mini-camps. At Discovery Programs in NYC where she began teaching children in 1990 she also taught singing, acting and writing for 7 –11 year olds in the Musical Theater Program. The kids experienced performing in an original production called The Singing Forest that Allison wrote, directed and choreographed. In addition she had the opportunity of creating special workshops using music, art and puppetry for children with developmental delays in speech and language and emotional and physical handicaps at Little Meadows and Midwood Early Childhood Centers in Queens and in Brooklyn. Allison conducts Classes and Workshops for Adults as well. Teacher Training and Creative Parenting, ‘Finding Your Voice’ for Singers, ‘Nurturing the Nurturer's Creative Spirit’ are a few of her offerings.

Teaching Artist & Entrepreneur
Coming from a family of entrepreneurs, starting with her father who owned a travel business for 38 years, it is no wonder Allison naturally followed the steps of those before her. In 1992 she established World of Song Productions (WOS) and began producing and performing her WOS Children’s Concerts for pre-school age children at various venues throughout the New York area and at private parties. Simultaneously she successfully designed and taught her own program called ‘Music, Art & Me’ (MAM), of recreational classes for infants and toddlers in Park Slope, Brooklyn for five years before being invited in 1998 to head the Two’s program at Grace Church School in Brooklyn Heights where she presided for 6 years, teaching her own program in the summers. In 2004 it became necessary to leave NY after 22 years. She and her husband settled into the Philadelphia suburbs to be closer to family. Shortly after arriving and presenting a program at the local library to introduce herself to the community, she was invited to become the children’s programmer at the Swarthmore Public Library staying on for 3 ½ years while also introducing her MAM classes and WOS concerts to the area. Through this platform in her new life and community, a vision Allison had 15 years earlier of opening an arts center for young children was realized. She initiated the formation of the business, introducing her three other partners to each other, and together they created The Creative Living Room ™ (TCLR) in Swarthmore in 2008. Allison was TCLR’s Program Director, and the Director of Music and Art Programs for the first 4 ½ years; also Coordinator of Events, Birthday Party Entertainment, Gallery Exhibits and First Friday’s until stepping down in these roles in 2013 to refocus on WOS projects. She continues to teach at TCLR, (now a non-profit located in Wallingford) and freelance at various pre-schools and other non-profits in the area; the Media Arts Council Center & Gallery and The Nia Center in Chester. She is very happy to have played a special part in seeing TCLR take root, where it continues to be an evolving arts resource for families in the neighboring community.

Songwriter
Happiness Is All Around You, Allison’s first CD of children’s music, featuring a wonderfully colorful collection of traditional and original songs, was released spring 2001. It received the Children’s Music Web Award in 2002 voted on by kids, and the title track “Happiness Is All Around You” won Honorable Mention in the John Lennon Songwriting Competition. Throughout the years she has continued to write and perform new songs many of which can be heard exclusively at her live concerts or in her private classes. During her tenure at TCLR she composed over 300 songs, combining original music and adaptations of traditional children’s songs specific to her teaching curriculum. Since this music has only been available to her students, Allison is currently working hard on producing several more albums to be released to the public in the near future. Soon WOS’ will launch an Indiegogo Campaign to help fund this effort.

Kids Yoga Instructor
In 2010 and 2017 Allison participated in the ChildLight Yoga Teacher Training Certification Course. Combining her personal practice of yoga over many years, with her years of experience with children, allowed Allison to easily add Kids Yoga classes and camps to her offerings. Being an enthusiastic student of the healing arts all her life, and studying their connection to early childhood and creative development in her work, Allison finds yoga is a natural fit. Yoga aligns with her mission of teaching children principles of self-awareness, learning to relate to others and oneself with kindness and respect promoting health and wholeness in mind, body and spirit from an early age.

Now
Today, Allison is continuing to teach and developing new ideas for WOS’ educational, music programs as well as writing songs and stories for future projects. True to her roots, she is continuing the inspiration from her childhood, encouraging children through her teaching of music, stories, yoga and art to express their own creativity, while nurturing a life long appreciation of the arts in a loving spirit of learning and joy.

“You bring your gift of music, of love for little children…I see you smiling with a funny engaging puppet, shaking a tambourine, always full of care and a sense of humor.”
-Hope Prosky – Director - Grace Church School, Brooklyn, NY

“I have admired her ability to reach each and every child in some positive way. She makes the room come to life.”
-Sherri Hellman – Director – Creative Arts Studio, Brooklyn, NY
More Testimonials
All Content, Concepts and Images Copyrighted 1993 - 2017  ~ Allison DeSalvo & World of Song Productions. All Rights Reserved.