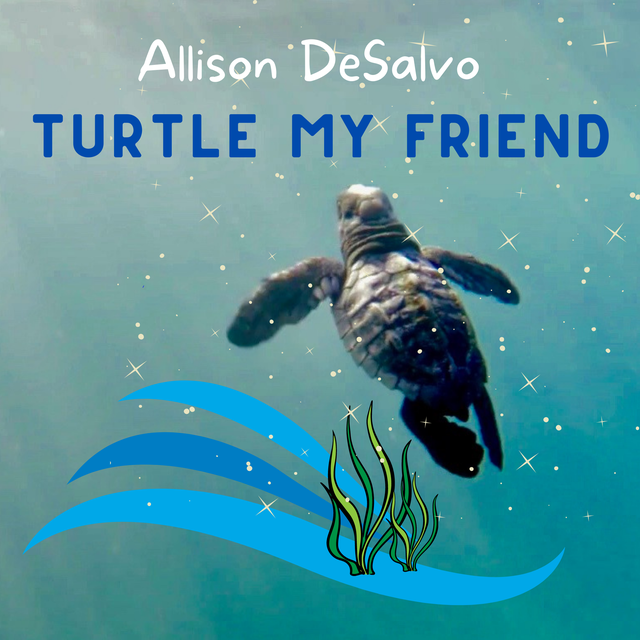 100% of Download Sales during "Sea Turtle WeeK" June 9 - 16, 2021 donated to Save A Turtle in the Florida Keys to support their Educational Outreach. After 6/16 50% for one year, and a portion of proceeds will continue to be donated indefinitely. Thank you for your support.

Add to Cart
LESSON PLANS & ACTION ITEM INFORMATION
Turtle My Friend is one of 15 original songs by Allison DeSalvo to be released on her full album It's A Beautiful World this Fall 2021!

About the Song
In gentle currents of soothing sounds, Turtle My Friend highlights the moment baby turtles hatch and follow the star light on the ocean’s surface to return home to the sea. Amongst other facts, and inspired by the documentary film The City Dark by Ian Cheney, Allison wrote this song to bring awareness to the plight of these ancient reptiles due to light pollution and ways we can help protect them.